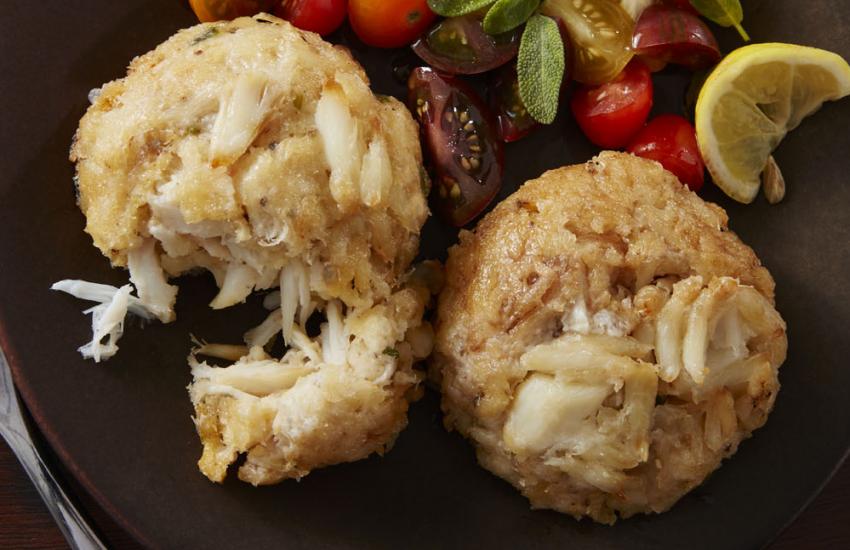 Handy Seafood Incorporated celebrates a milestone achievement this year. Handy, the oldest seafood processing company in the United States, is first to reach 125-years-old. Over the next year, we’ll take a monthly look at some of Handy’s innovations that continue to be the industry standard today.

30 years ago, Handy Seafood began collecting crab cakes from restaurants and retailers. These crab cakes were machine formed, loaded with shell and crab content turned out to be 3%. “These crab cakes were not an acceptable product during that time” stated Terry Conway, Handy’s Executive Chairman. Handy’s associates in Crisfield, Maryland, where tradition states crab cakes were first made, agreed with Conway’s statement.

“Let’s bring back the authentic crab cake” said Terry Conway. Handy set the bar higher than high. Their first criterion was handmade - great appearance and irregular shaped. Second, the crab meat had to be fresh and handpicked.

The next step was to develop a recipe. That was easy because Crisfield residents have enjoyed authentic crab cakes for generations. Each resident had a different recipe but all were very similar and included just a few ingredients. Handy then selected the best of the best. There was only one problem which was mayonnaise had a preservative. This long search for a mayonnaise ended with a custom-made version that was preservative free!

There were more challenges that Handy had to face. The pieces of shell had to be removed from the crab meat. Fortunately, they discovered shell glows under black lights and the problem solved. Next, slow freezing the crab cakes caused crab meat to become soft. This next problem was solved with nitrogen freezing at -70°F which kept the firm texture and preserved the taste.

The final decision was how much crab meat should be in a crab cake. Handy settled on 65% crab meat. This amount was a long way from 3%. 65% crab meat was the absolute maximum without the crab cake falling apart while cooking.

Shortly after Handy started producing, crab cakes became the fastest growing menu item at that time according to the Natural Restaurant Association.

Handy processes several sizes from ½-ounce minis to 8-ounce super cakes. Their largest was a 300-pound crab cake which is the Guinness Book of World Records. The huge crab cake was scooped, sold in sandwiches and the proceeds went to a charity.

During the past decade, Handy has produced over 200,000,000 crab cakes. The success of the authentic Maryland crab cake will continue.