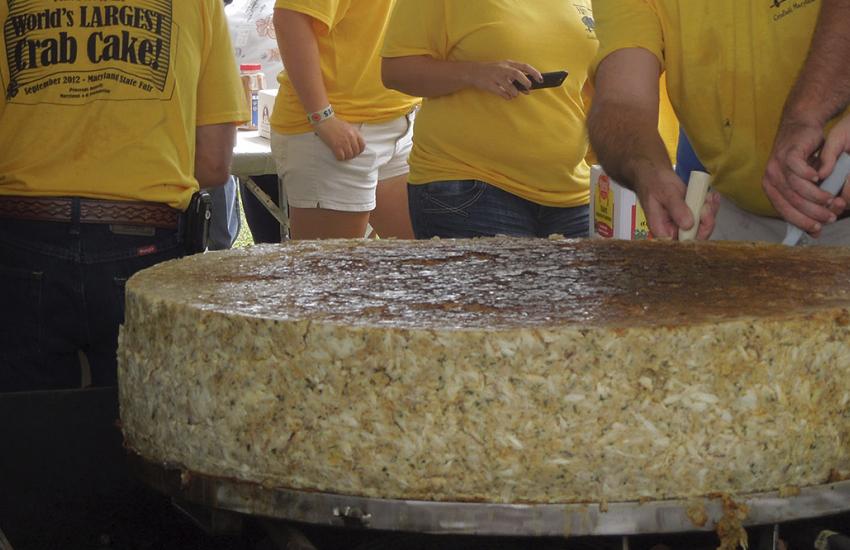 Handy International was pleased to present the Maryland 4-H Foundation with a check for $3,127 at the Foundation’s annual Awards Gala on Sunday, January 21. The check represented the net proceeds from the sale of 584 crab cake sandwiches from a 300 lb. crab cake made with fresh Maryland crab meat. That crab cake was produced and cooked by Handy at the annual Maryland State Fair in September during which Handy beat their own World’s Largest Crab Cake record. A portion of the proceeds were used for scholarships for the 4-H that were handed out during the Gala.

At the Gala, Handy Sales Representative Jim Cupp presented the big check to the Maryland 4-H Foundation’s Executive Director Amanda B. Clougherty. She presented Handy with an honorary clover award and stated that all should “Rest assured the money has already been put to good use!”

The evening was filled with excitement as many 4-H youths and members were recognized for their hard work and dedication over the past year. Three gentlemen of the Maryland State Fairground and Agricultural Society, Andy Cashman, Grove Miller and Max Mosner, were each given the Wye Oak award. Handy congratulates all those that were honored and for the Maryland 4-H Foundation to have another successful year.